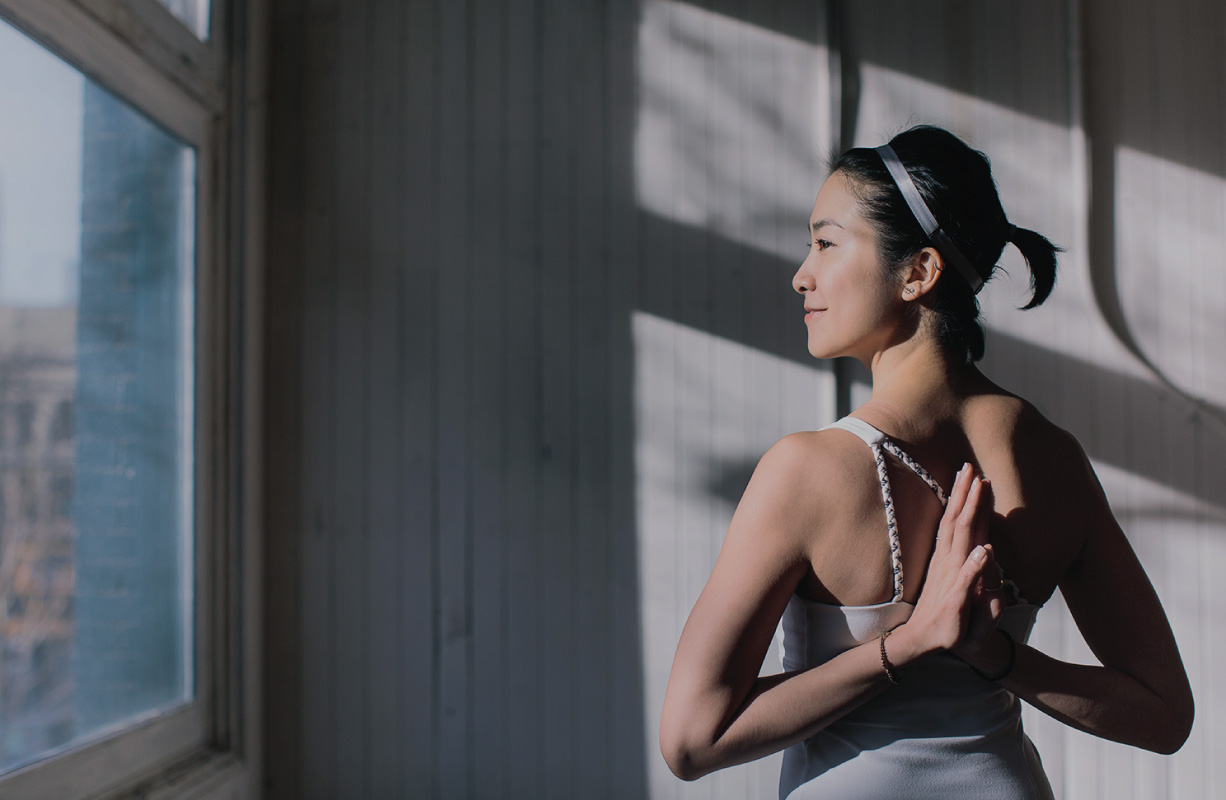 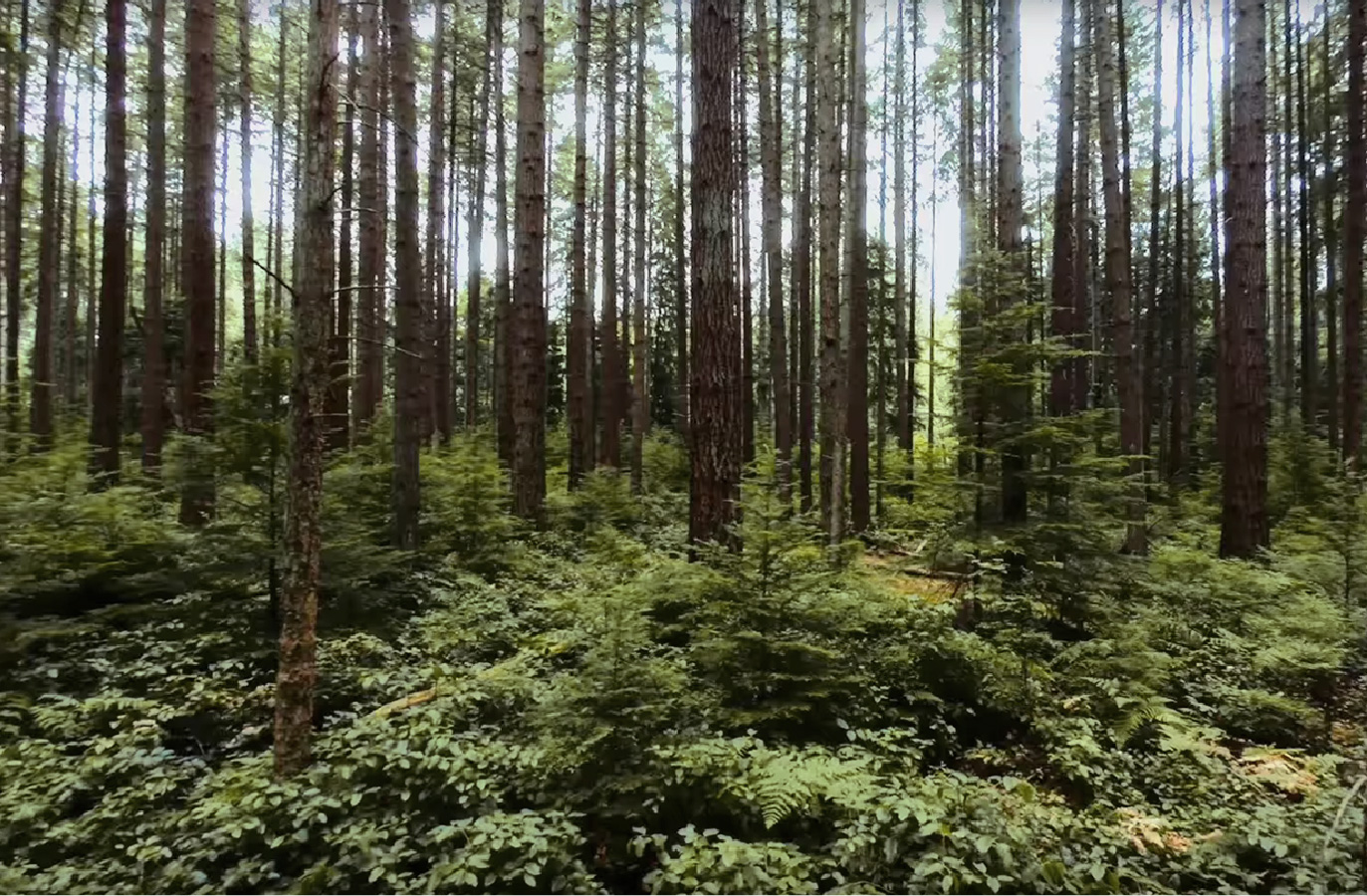 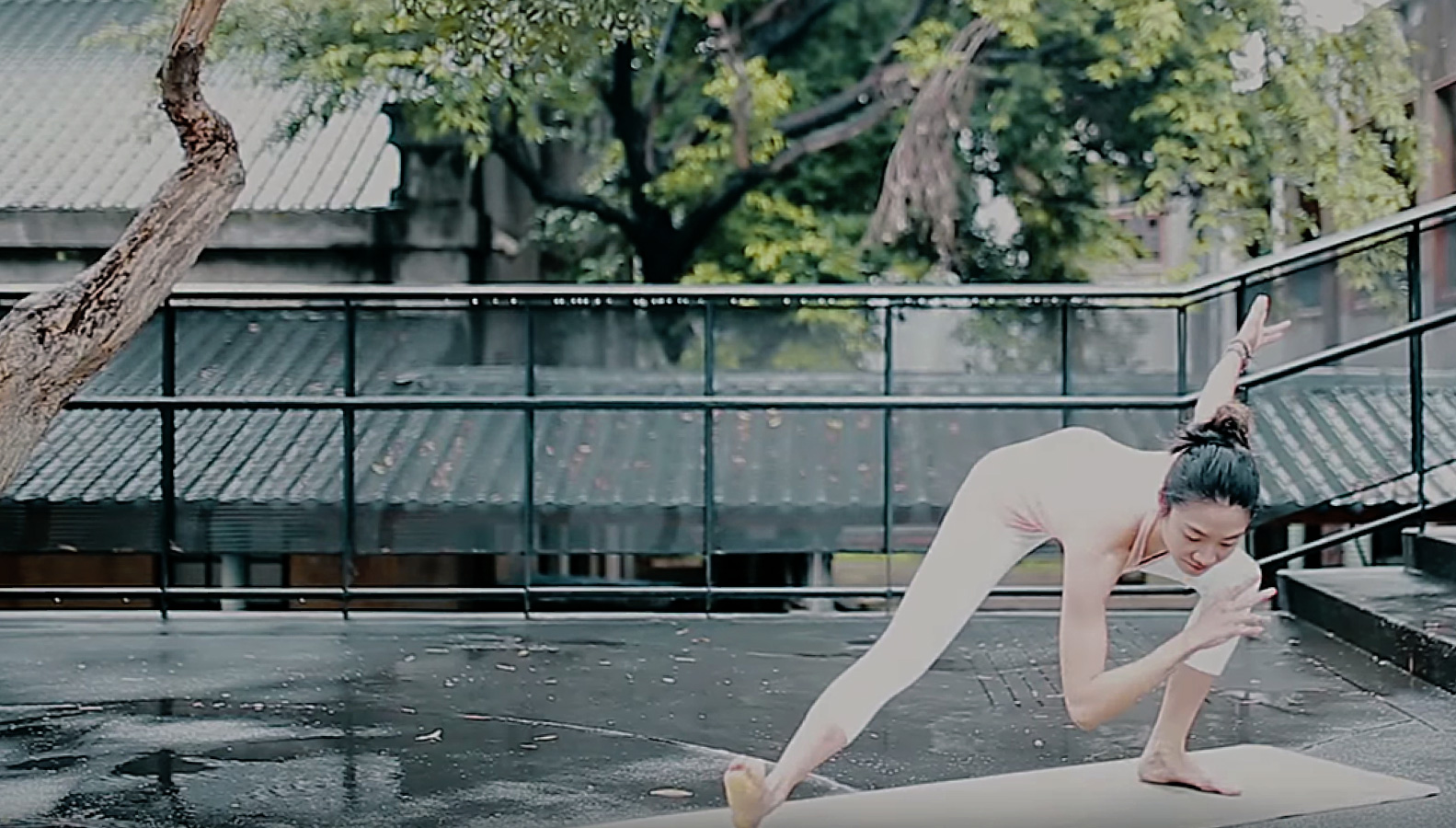 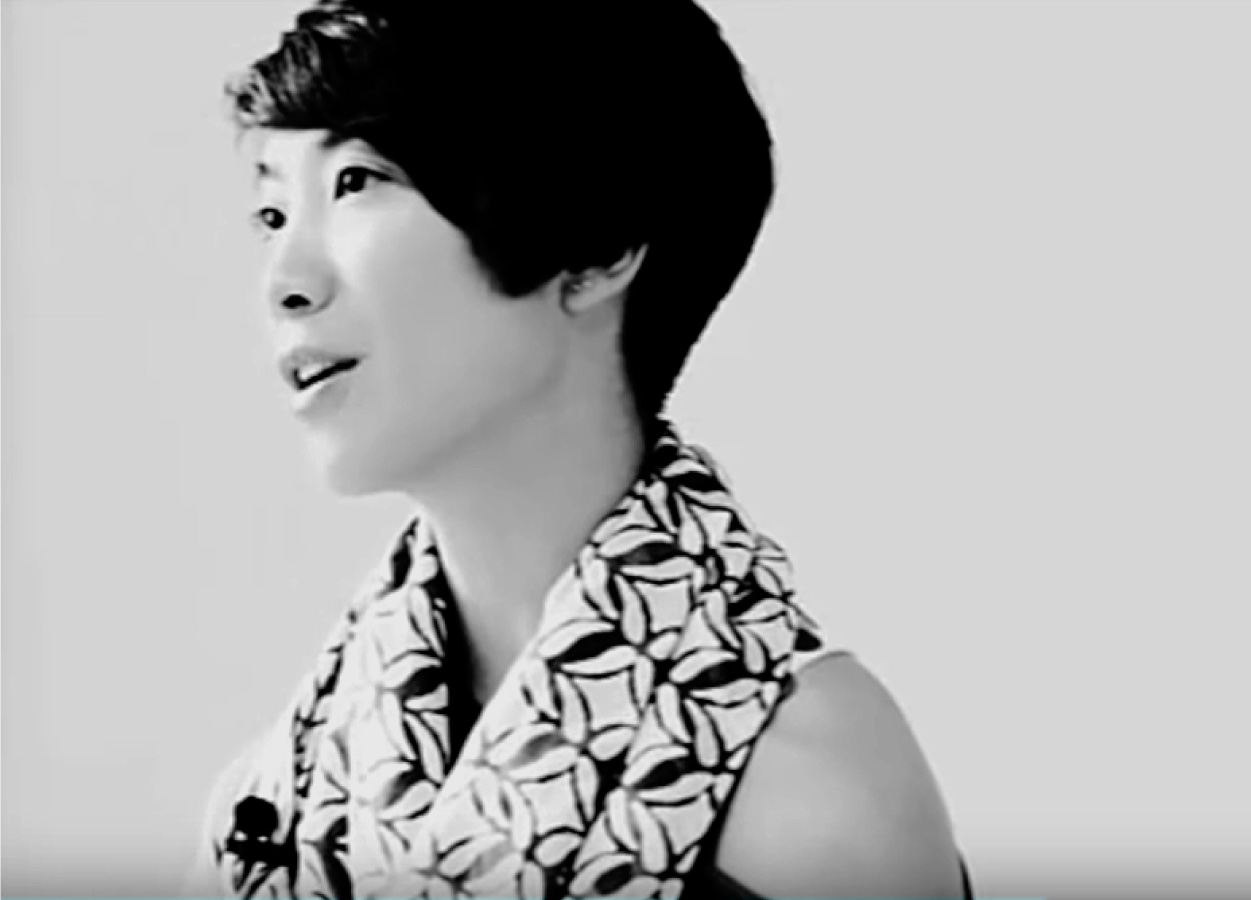 ABOUT > BIO
The self is an infinite treasure to be discovered.

Dedicated to integrating yoga, life wisdom and mindfulness practices, Janet has been teaching since 2006. She has presented at TEDx and is a published author, releasing her first book in Chinese, “Living with Yoga and Mindfulness” in 2014 and the second book in Chinese “The Darkness and Light of Life” in 2017.

She holds a master degree in Buddhist studies and combines ancient yoga philosophy, Buddhism, and spirituality into her teaching. As an experienced registered yoga teacher and a mindfulness teacher, she cultivates an understanding of emotional balance, anatomy as well as yin yang vinyasa yoga techniques. She assisted Baron Baptiste and Paul Grilley during teacher trainings and taught on retreat hosted by Zen Master, Thich Nhat Hanh.

Honoured as an ambassador for Easyoga (2010-present) and Lululemon (2009), Janet is regularly featured in newspaper, magazines, and radio talk shows in Asia.

As a part-time lecturer for the Master of Buddhist Counselling program at the University of Hong Kong, a guest teacher for the Foundation Course for Teaching Mindfulness-based cognitive therapy (MBCT) and Mindfulness Programs with Venerable Chang Lin, Janet is actively involved with nonprofit organizations.  She works with the Hong Kong Cancer Fund, Dharma Drum Mountain Foundation Hong Kong, Maggie’s Cancer Healing Centre, I’mperfect and New Life Psychiatric Rehabilitation Association to promote harmony and healing in the community. 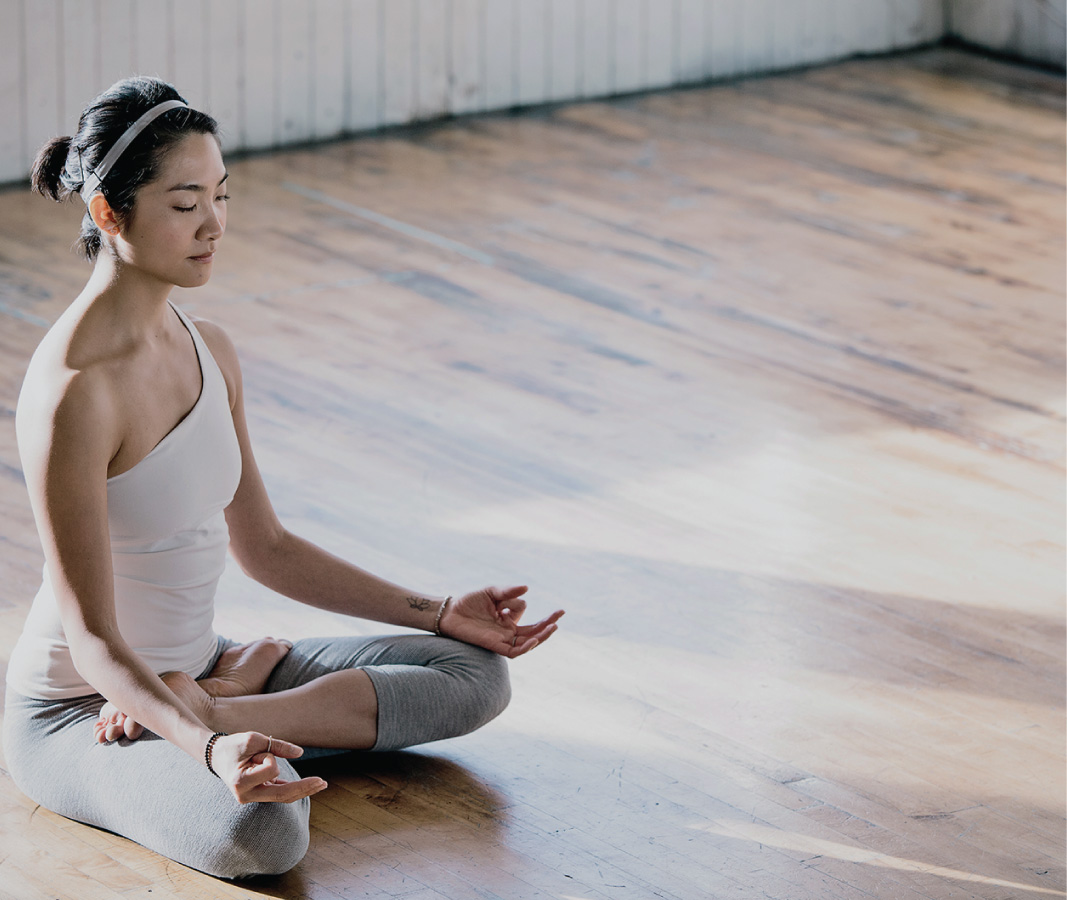 The practice of mindfulness is the cultivation of equanimity towards all kinds of experiences in our lives. Mindfulness is not about positivity but inclusivity of life itself.

Having studied different spiritual teachings, supported by thorough observation of the self and others, Janet has realized that all teachings point to the same truth: Life strives for growth, expansion, freedom, and expression; life itself can be both darkness and light. As we learn to embrace ourselves for who we are, we begin to discover our fullest potential.

Depending on the structure of the lesson (private sessions, group classes, workshops, retreats, or trainings), different topics and depth will be offered with the intention to cultivate awareness and receptivity in everyday life. You will encounter different practices such as sitting meditation, yoga asana, self-reflection exercises, and applied mindfulness into everyday life.

Vinyasa is a style of yoga that works with fluid, interconnected sequences. Yang yoga challenges our comfort zones whether in standing poses, rhythmic flows, arm-balances, inversions, or backbends. On the other hand, Yin emphasizes stretching connective tissues and stimulating inner energy flow with long, seated postures. While Yang yoga promotes endurance and muscular strength, Yin yoga focuses on inner qualities such as surrender and receptivity.

Depending on the level and constitution of the practitioner, the Yin Yang practice can vary from a sweaty challenge to a soothing, healing experience. By experiencing inner balance from a Yin Yang practice, we learn to become more equanimous towards our everyday life.

Challenges are teachings in disguise. If we misunderstand the lessons offered, it can be disruptive. However, once understood, they become a stepping-stone for our happiness and growth.

These private sessions start with honest conversations. Depending on the progress, there will either be meditation, reflective journaling, or daily practice homework to follow. 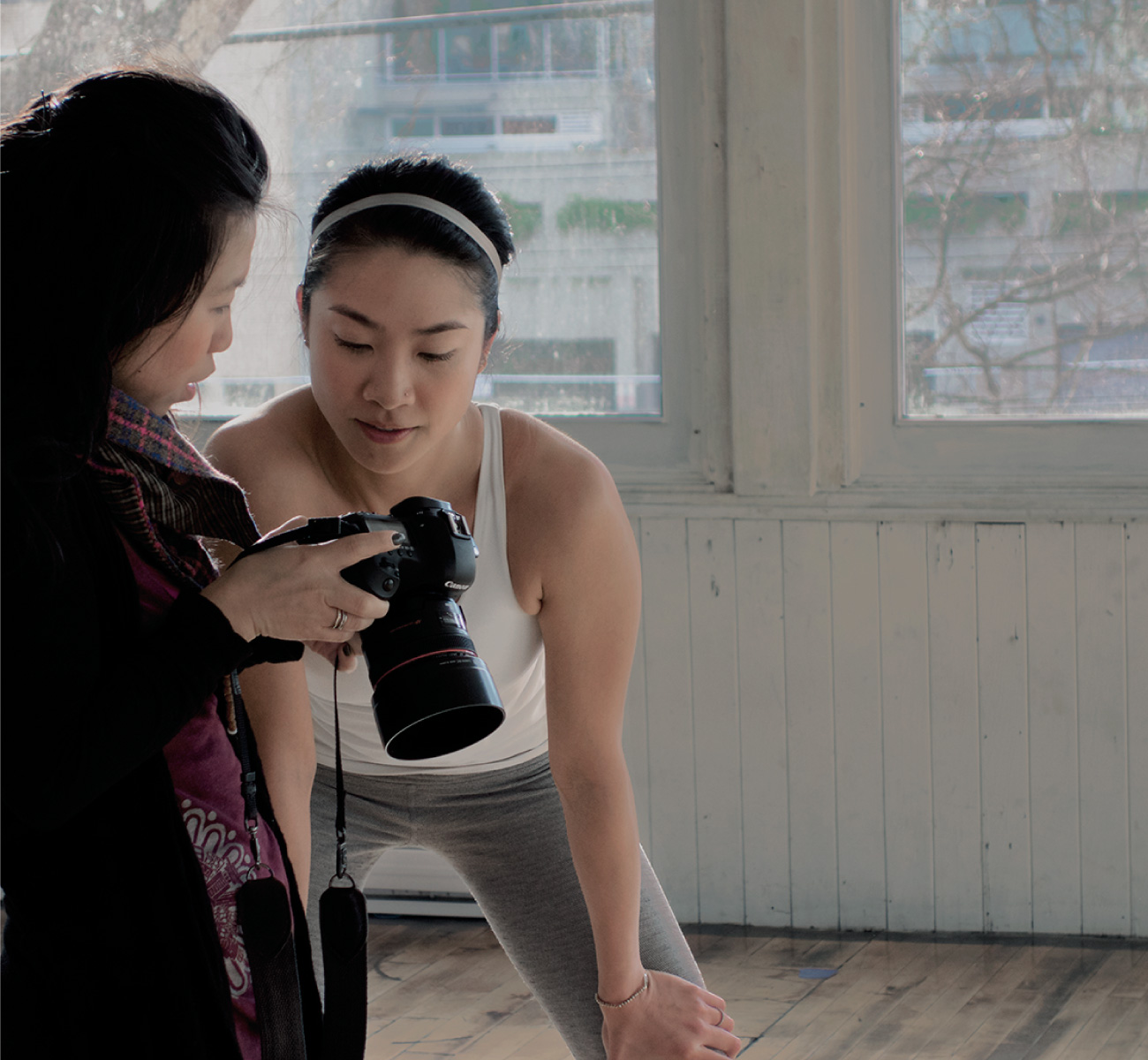